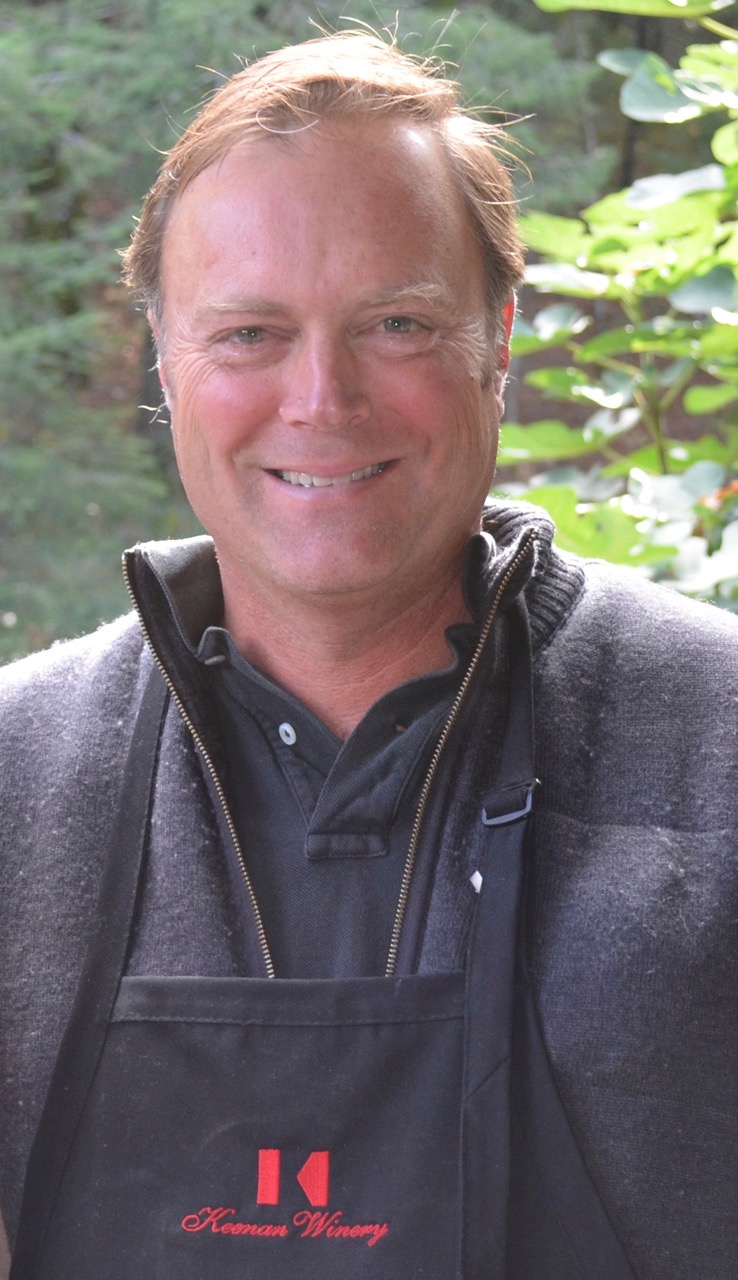 Michael Keenan is the owner and president of Keenan Vineyards and Winery. Michael assumed leadership of Keenan in 1998 and heads up a small, but nimble team of dedicated individuals, all of whom have worked continuously at Keenan since 1995. Introduced to the pleasures of wine at home and at a young age, Michael eagerly learned about winemaking “on the job”, working with his father and renowned winemaker Joe Cafaro, in the early years at Keenan.

Today, as the final arbiter for Keenan wines, he works in concert with the team to make the best vineyard and winemaking decisions, as well as helping to explore opportunities to engage with visitors in the Keenan tasting room. He believes that much of Keenan’s success can be attributed to the efforts of the winery’s talented staff.

A charismatic personality with a gift for storytelling, Michael’s playful sense of humor serves him well as the Keenan Winery “road warrior”, presenting Keenan wines throughout the U.S. to new and familiar audiences. Well-known for his love of golf, Michael has made a real success of creating great relationships on behalf of Keenan Winery at many of the top golf and country clubs around the country.