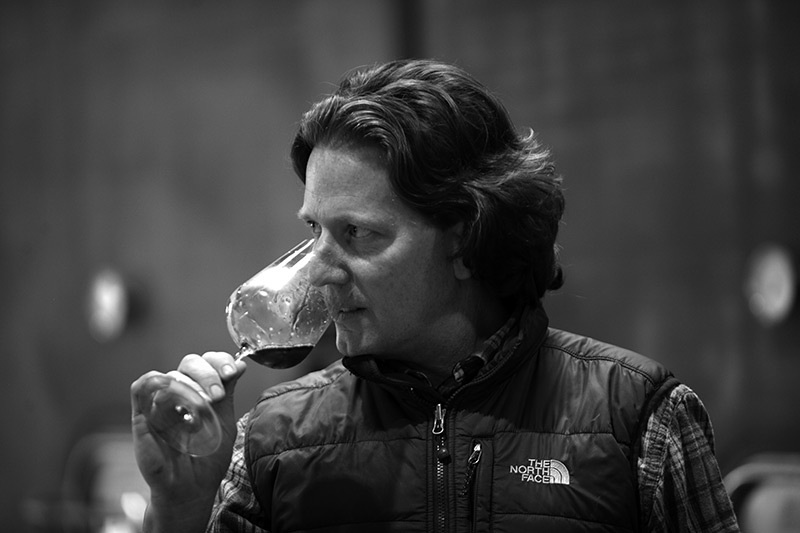 Pax Mahle moved to the wine country in 1997 to pursue a career in wine. After a few years of tasting and sourcing wine from all over California for Dean & Deluca, Pax decided to start his own brand from a vineyard he felt a kismet connection. That vineyard was Alder Springs Vineyard, and after finding an investor to help realize the dream, Pax Wine Cellars was launched in 2000.

Pax decided to make a bold choice by favoring the “untapped potential” of the Syrah grape. The entire lineup of wines came from cool climate vineyards in Sonoma County and Mendocino. The wines were big, rich expressions of Syrah that went on to be highly sought after and quickly established Pax as one of California’s premier producers of Syrah.

Wind Gap was started as an outlet for experimentation with esoteric varietals and wines that did not fit the Pax portfolio. Wind Gap quickly became a success in its own right and recently brought in investors Charles and Ali Banks to help guide Wind Gap to the next level.

Join Pappas Bros. Houston as we welcome special Guest Pax Mahle to Texas for the first time, to host a Wind Gap Wines Dinner that is sure to impress on Thursday, June 26th at 7:00 pm.