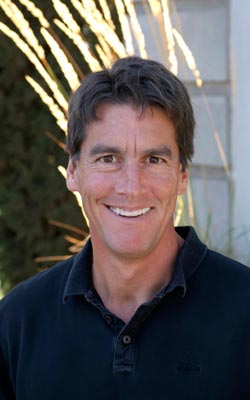 Dennis enjoyed wine at a young age around the family dinner table, and spending childhood summers in the orchards of his grandparent's ranch. He joined Lewis Cellars in 1999 after a 12-year career in human resources management and consulting.

A fitness and outdoor enthusiast, Dennis shares Randy's passion for challenge and adventure but prefers human-powered vehicles and unmarked trails to Indy cars and racetracks.

Lewis Cellars, a small family winery in Napa Valley, was established in 1992 by Debbie and Randy Lewis and later joined by their son, Dennis, in 1999. The Lewis family commitment to excellence and quality shows year after year as they continue to create world class wines. Join Pappas Bros. Houston as we welcome, Dennis Bell, General Manager of Lewis Cellars Winery, for a dinner that will showcase the best of this increasingly popular winery.